Dealing With Depression// A Personal Story. 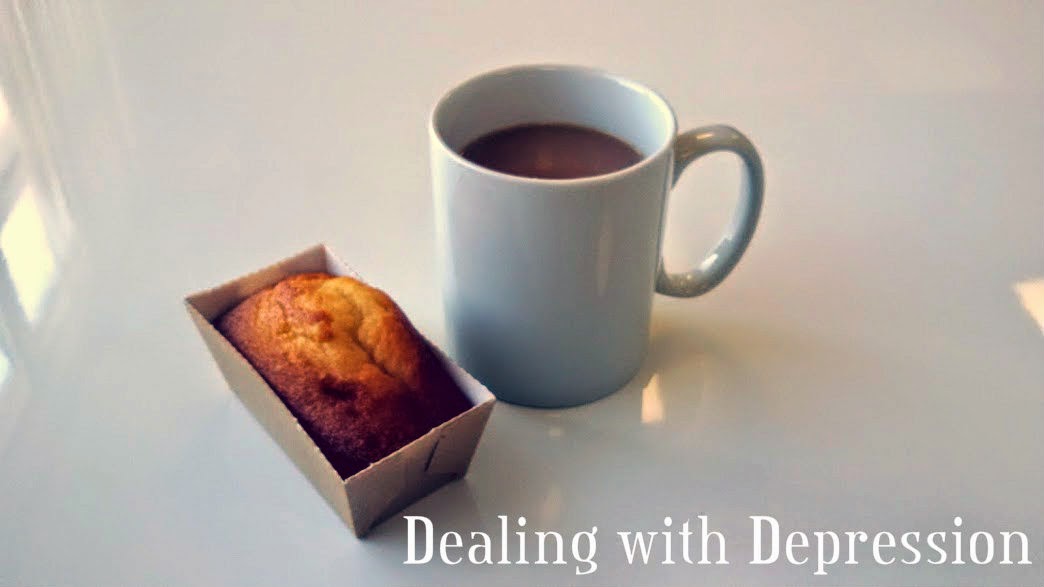 You may or may not be aware that this is the final day of mental health awareness week. Honestly, in my opinion, dedicating a week to awareness probably does more to highlight the stigma rather than actually raise awareness and support but hey, if by talking about it we can all be more open, upfront and understanding then it's all worth it surely? So get a cup of tea and maybe a small/large cake and let's get honest.

I've briefly spoken here before about my mental health; I've actually thought about writing this for a while and what's stopped me? Fear maybe? Lack of confidence? Stigma? Or maybe it's just that nagging worrying voice that's plagued me for years telling me "people will think differently of you."
I wanted to hopefully share with you all some tips I've picked up over the years, some experiences or some knowledge and maybe if helping at least one person can get passed down the line it's worth it?

*Read the self doubt all over this post already- I actually started this on Tuesday.*

Depression and anxiety are like my lurking friends. I've been in control of my depression (give or take) for about two years now. Getting engaged was a big boost for me, not only from a romantic perspective but for me it stemmed something much more. Security. The reassurance that somebody understands and even more so accepts how I am, my past and my struggles. Knowledge. That someone would be there in the darkest hours (and truth be told there have been a few in the last 6 years we've been together.) It was, for me, a little glimmer of self acceptance and assurance that I am actually a pretty great person!

My story with actually starts about eleven years ago (diagnosis date) when I was about 11 or 12 years old. Diagnosed with anxiety I was offered support though therapy. At the time, my situation was a little different. At 12 I wrote a letter to my birth father cutting off contact with him until he dealt with his alcohol addiction- 11 years later and still no contact, I've learned through dealing with my own problems quite a lot about that too (but that's another post for another day.) I was recommended by both my GP and my school to start seeing someone. Over the years I've seen so many therapists that they all sort of merge into one (but then therapists have that about them anyway.) Many times they've helped, though rarely at the time I needed it. Sometimes hindsight is the biggest insight out there. That's probably my first real piece of advice. It can be hard opening up to a stranger, their questions can seem intrusive and obvious and a whole running of 'if I knew that answer I wouldn't be here' may go through your head. Even if you don't say as much as maybe you could, do try and listen. One day you might just look back and recognise the help you were given.

Years ticked on, therapists came and went and still there was a constant cloud. Over the last few years there has been a bit of a bandwagon with the term 'depression'. I find this hard to comment on because depression is the bottom of the hole. There have been weeks, months even, where paranoia and self doubt have plagued me so much that I haven't left the house. There have been times where I've wanted to push the people I love as far away as possible, to be left to self destruct. There have been days that have passed where I've planned to the detail how I'll leave this world and be better for it, only to be riddled by guilt that I'm not only mostly too cowardly to actually do it but also at the mess I'd leave behind. There have been hours where I've stared at walls and tried to measure the feeling of loss and the blank space in my head.

Eventually my diagnosis developed to depression and medication was the next step. Trying to balance life and the beginnings of medication is probably the toughest of all. I suffered pretty badly from side effects- a sponge like mouth and constant drowsiness. It's important to have a GP you can trust and I have had to see various GP's before I found one that understood well enough and guided me through the right course, dosage and support during my time on medication. Remember that you have a right to request to see another doctor, you are entitled to find the right person to help you in the way you need them to.

Most depression medications are made to neutralise the chemicals in your brain and relieve the symptoms of depression. It's recommended that during this time you also find somebody that you trust to talk through how you feel. Whether it be a professional, friend or family member- somebody that you know has your best interests at heart.

Time passed and I've built on my own experiences and the knowledge I've obtained can be applied much more easily than before. As I said earlier, I came off my medication about two years ago now. From personal experience I very much *read in stern Sophie voice* urge you not to just stop taking your tablets. There were a good few times where I felt better, stopped and immediately the 'come-down' was hard, heavy and the cycle began almost all over again. Coming off your medication is something that should be discussed with your doctor and followed properly.

Most recently I discovered 'mindfulness'. This is a practice of recognising your thoughts logically and  has had quite the press coverage recently with many comparing it as better than medication for tackling depression. It's something that I'm taking time to practice and for about a year now it's helped me understand myself better than I ever have before. I can recognise the doubt, self consciousness and fear. I accept myself on the less great days and instead of beating myself up about the little things, I'm admiring the bigger picture. In my opinion (and of course this whole post really is just my experiences and opinions) my depression isn't something I've been cured of of has ever fully left me, but that's actually really ok with me. It reminds me that for me, I have to take the time to find those things that I love,  it inspires me to treat myself better and that working on yourself is the best job you can do because anything to stay out of the bottom of that hole again is worth it.

Like I said at the beginning, if this were to help just one person keep going, keep listening to that little fighting voice that tells you to keep trying, then it'll be totally worth it. If anyone wants to chat about anything you've read do drop me a message on any social networking thingy or email me at sophielovesbatman@gmail.com. (That's my subscriptions/blogging email by the way, I do have an actual adult email address too!)