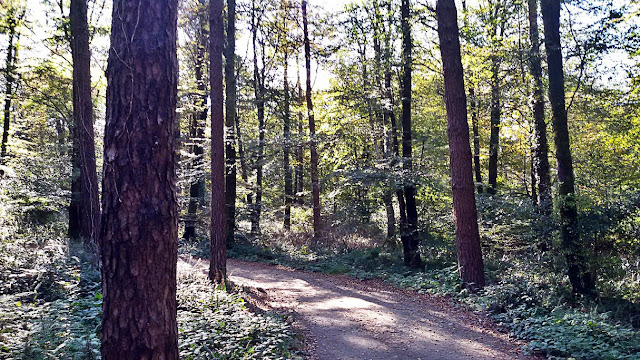 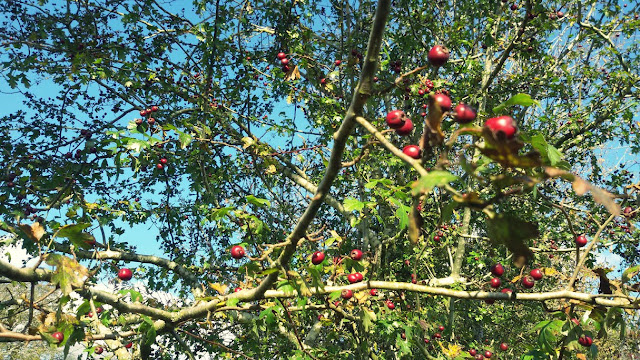 These sunny days are meant to last. The weather has been kind over the last few weeks and it's given us a chance to get our more than our little Cornish land usually allows at this time of year. During a bit of life panic, Harps swept me outside for a little bike ride, I say little because I spent most of the time talking to wildlife and taking photos. Lanhydrock is part of the National Trust and is home to the most beautiful and fascinating house, boasting title of 'grandest in the county'. With the weather so glorious, we weren't there to learn about Victorian life indoors, nor were we here to admire the perfectly coiffed and manicured gardens, we were here to explore the captivating, wild estate and the newly added bike trails that bring cyclists and dog walkers alike. The estate itself is free to enter, making it an ever better choice for a day out in the sunshine and the variable skilled trails are suitable for all abilities. 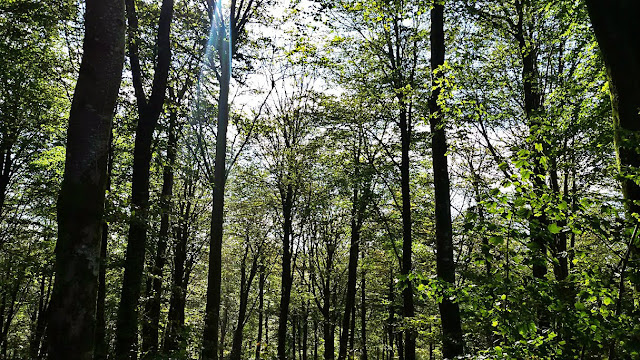 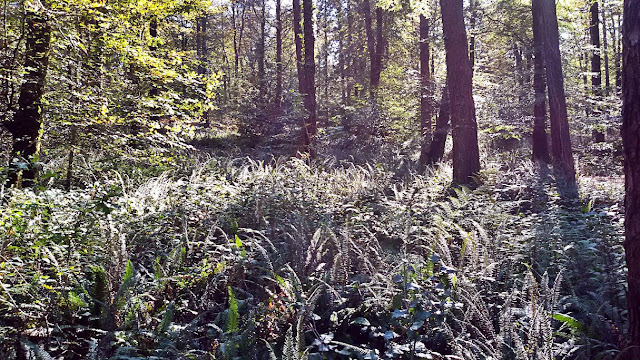 Incase you've never heard me mention, I have really big problems with my knees. I'd probably worry, once upon a time of making that seem too serious but they've got to a stage (after about six years) of severe pain that cycling is actually quite high impact for me. Harps, on the other hand works with bicycles every day and loves a chance to get me riding with him. As much as I loved the wind in my hair, it wasn't long before I'd had to stop too many times to stretch my knees out, that I totally lost him. Both resting and documenting my missing status, imagining families finding my phone months later and hunting for clues as to where 'the lady stuck in the woods' is, I tried not to wonder too far, wishing I'd made a trail of breadcrumbs and taking some of the loveliest photos. 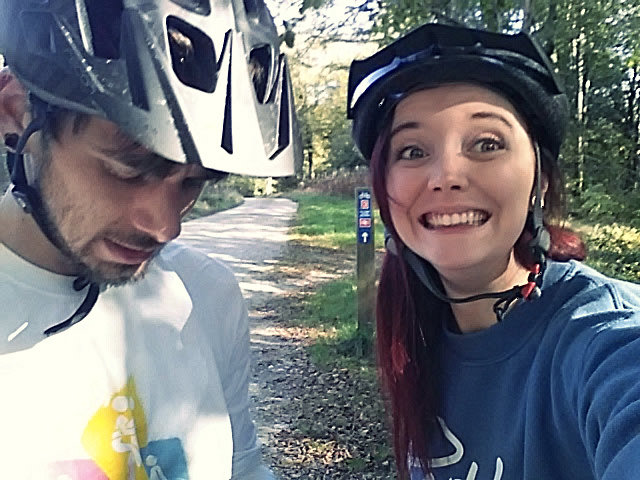 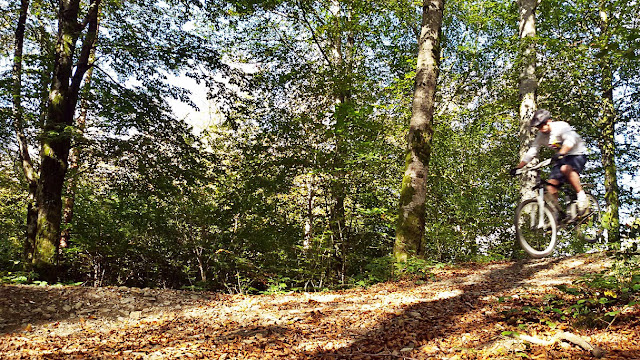 Eventually Harps found me (look how excited I am to have been reunited!) and flitted between riding the shorter trails and my knees having a rest and taking poor quality photos of him. I am not the sports photographer he needs me to be. 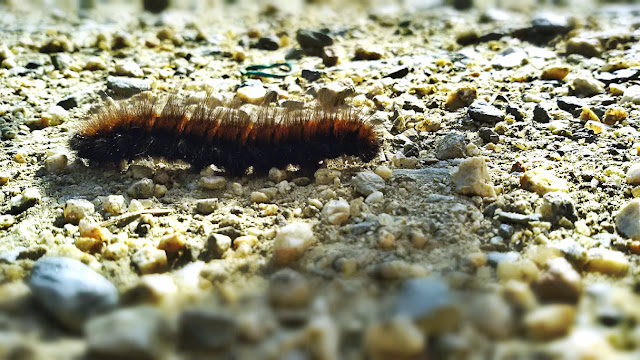 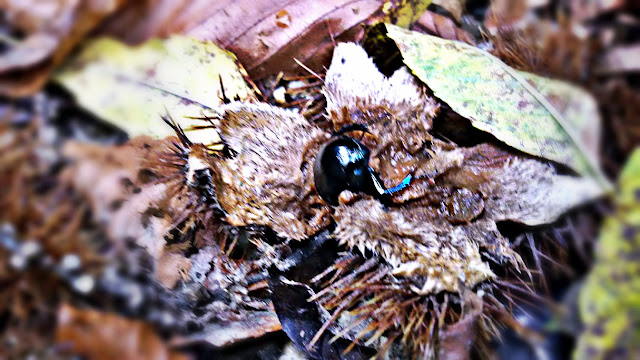 And I made some friends with nature. I actually had to be moved along by Harps because I spent so long talking to the caterpillar. 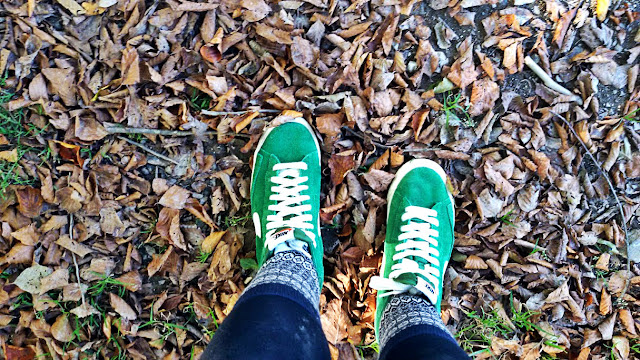 Finally we headed to the dog friendly bike cafe and scoffed some chocolate cake and cold drinks, before heading home via the National Trust gift shop/plant centre and picking up a few herb seeds that are sprouting really quite nicely.

Have you been to Lanhydrock? Maybe it's on your list of places to go? This winter I plan to head to the house and have a quiet day roaming the halls of history. Do let me know if you fancy coming along!